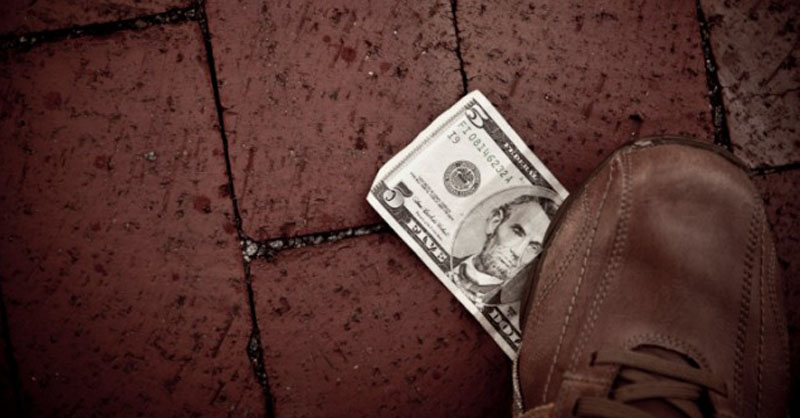 Did you enjoy that Venti Java Chip Frappuccino with an extra shot of espresso this morning? Or did you skip the branded jug of indulgence and enjoy a lunch out during your workday instead? No matter how insignificant one of your daily expenses may feel. the numbers don’t lie. Every dollar you spent on a discretionary item had the potential to increase your net worth — probably more than you think. A deeper look at how purchases add up over time reveals why cutting small expenses is often promoted as a popular way to improve your finances.

David Bach, author of The Automatic Millionaire, served the personal finance world “The Latte Factor” more than a decade ago, but it remains relevant in understanding the strength of savings and compounded returns. This staple in money advice is based on controlling expenses today in order to provide yourself with a better future. Remember, money’s only something you need in case you don’t die tomorrow.

“The Latte Factor is based on the simple idea that all you need to do to finish rich is to look at the small things you spend your money on every day and see whether you could redirect that spending to yourself,” Bach explains on his website. “Putting aside as little as a few dollars a day for your future rather than spending it on little purchases such as lattes, bottled water, fast food, cigarettes, magazines and so on, can really make a difference between accumulating wealth and living paycheck to paycheck.”

Let’s take a look at how much three everyday items really end up costing you, using The Latte Factor Calculator.

The Latte Factor doesn’t only apply to your morning pick-me-up, but it’s a good place to start. Spending $5 each day on your sugar and caffeine addiction results in a cost of $1,825 each year. However, if you took that money and instead spent it on an investment with a 5% annual interest rate, you would have $1,916.25 added to your name after only one year. Assuming the same return over 30 years, you could increase your wealth to $127,313.44 by simply spending $5 each day on your future self instead of lattes.

Of course, returns on your money can fluctuate wildly each year and aren’t guaranteed, but the point is to recognize how small changes in spending can add up significantly over time, thanks to compounded returns. For reference, stocks have returned an average of 6.7% after inflation each year since 1926. Ironically, Starbucks shares have more than quadrupled in price over the past five years.

Visiting restaurants is practically a national pastime in America. We love to eat. We love convenience. It only makes sense that we love to eat food we don’t have to prepare ourselves. According to a Visa survey, Americans go out for lunch an average of nearly twice a week and spend $10 per outing. Making matters worse, respondents making less than $25,000 per year spent $11.70 per outing, more than any other income bracket.

How much does gluttony cost? If you give up $20 per week of your dining-out spending and place it into investments earning 5% annually, you could have $13,735.06 in 10 years, $36,108.02 in 20 years, or $72,551.22 in 30 years. Even if you hardly dine out, chances are high you could save money on groceries. A recent survey from TNS Global finds 76% of American households say they throw away leftovers at least once a month, while 53% waste food every week. In fact, just over half admit to throwing food away they bought but never used.

While feasting at our favorite trough keeps us busy for a few minutes, nothing occupies our time like television. According to the Labor Department, Americans watch an average of almost three hours of television each day, accounting for more than half of our leisure activities. We pay dearly for these services. The average cost of expanded basic cable service has increased 6.1% annually since 1995, while the average DirectTV bill is $107. The NPD Group believes TV costs could hit $200 by 2020.

The average American household now receives 189 television channels, a record high and up from 129 channels in 2008, according to Nielsen. Most of the channels are junk, but if you downgrade your subscription or seek out alternatives such as Netflix, you can readjust your financial future. Sometimes even a simple phone call to your company’s retention department can lead to savings. Cutting just $20 off your monthly bill can lead to $5,437.80 in 15 years when invested at a 5% annual rate. After 20 years you could have $8,332.62.