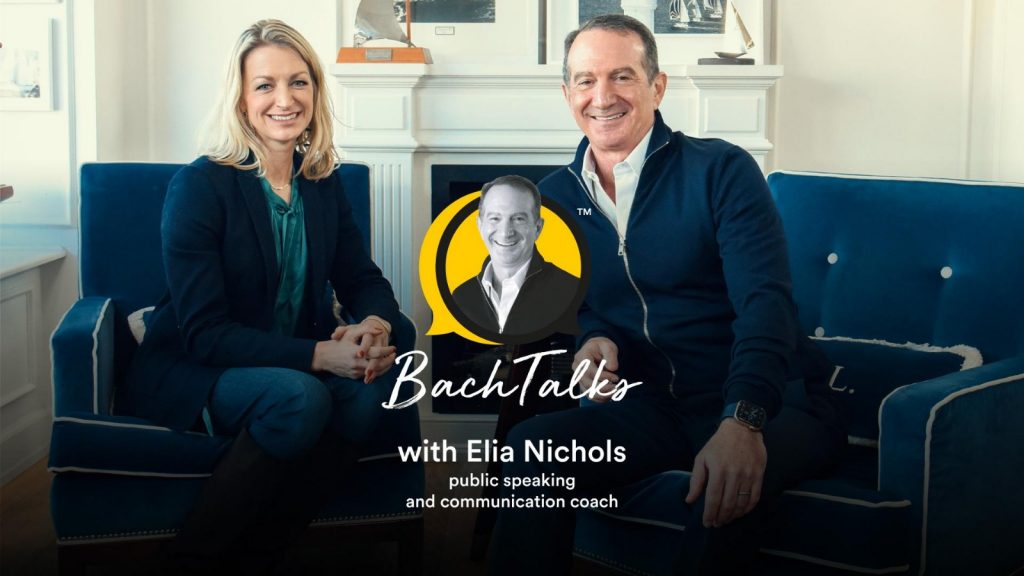 David Bach: So you’ve been an actress for over 15 years and then during COVID you realized you should pivot and start this new business. In less than two years, you’ve become in demand doing training for speaking, teaching corporations and executives how to do better public presentations. We hired you to do my first video shoot here with Money.com and you coached my son, Jack, for college interviews.

Elia Nichols: It starts further back. Nothing happens in one instant. I’m an actress. I got my bachelor and Master degrees in acting, so I was trained in a variety of acting methods that teach you how to have control over your body language and voice, such as the Alexander technique and the Patsy Rodenburg voice technique. I’ve always acted and taught, so it was a natural progression. Then around 2018, something happened. Michele, my husband, had all of these coach clients, who flocked in all of a sudden. He said, What’s a coach? What are these people doing? I explained it to him and he said, But you could do that! You could be a public speaking coach. And I said, Well, I basically already am, I’ve already taught this for years, and he said, Yes, but you teach it to university kids. What if you took it one step further? I just sat on it and reflected. Around that time, I had a few friends who weren’t getting promotions, who were having a hard time meeting their partner. I thought to myself, I know why they’re not getting promotions. I know why they haven’t met their partner. It was because their body language and voice weren’t communicating confidence, capability and competence. I realized that I could teach them how to look and feel more confident in seconds. It would radically change their life. I got my Partita IVA, the business code in Italy, and the business took off immediately.

David: The reality is that, in today’s world, if you can’t communicate, you’re going to have a hard time. From getting a job to influencing your team, everything lies in your ability to communicate. It’s become so apparent that you could have all the qualifications or the best product in the world, but if you don’t know how to sell it in seconds on a Zoom screen, you’re done. I’m on the board of the International School of Florence and this summer we had to do a search for the head of the school. After the search companies and our leadership team had narrowed it down to a handful of select candidates, what struck me, and this is where we go back to you, is that I’d be holding the resumes in my hand and every single one of these people were incredibly qualified on paper, but if they didn’t communicate well within two to three minutes on Zoom, they were at a disadvantage. This isn’t just for executives; this is for everybody.

Elia: Absolutely, it’s about presenting yourself well. I teach trainings on how to present well on Zoom and Google Meet because these digital platforms present a completely different reality communication-wise. For example, eye contact is one of the key ways that we establish a good rapport with others. But if you want to make eye contact with your audience on Zoom, you have to look into the camera. It’s a tool that I was taught as an actor. It’s very alienating because you actually see your audience’s faces on the screen, below the camera, but you can’t look at them. When you’re listening to your audience, you can look at their faces on the screen. It gives you audience feedback, which is what you need, right? Something else to remember is that your hands speak a lot. But on Zoom, the hands get lost because only one-third of us is shown in the teeny rectangle on the screen. Two-thirds of our body language and communication is lost! That makes miscommunication very common. Your hands communicate a lot, so you have to keep them in the frame of the screen. Another thing is that the camera has a weird effect of emphasizing and exaggerating what it sees physically, but also of flattening your personality. So it is necessary to use a lot more energy than you normally would use in real life. Zoom fatigue is real because it’s exhausting to do a good job presenting online. 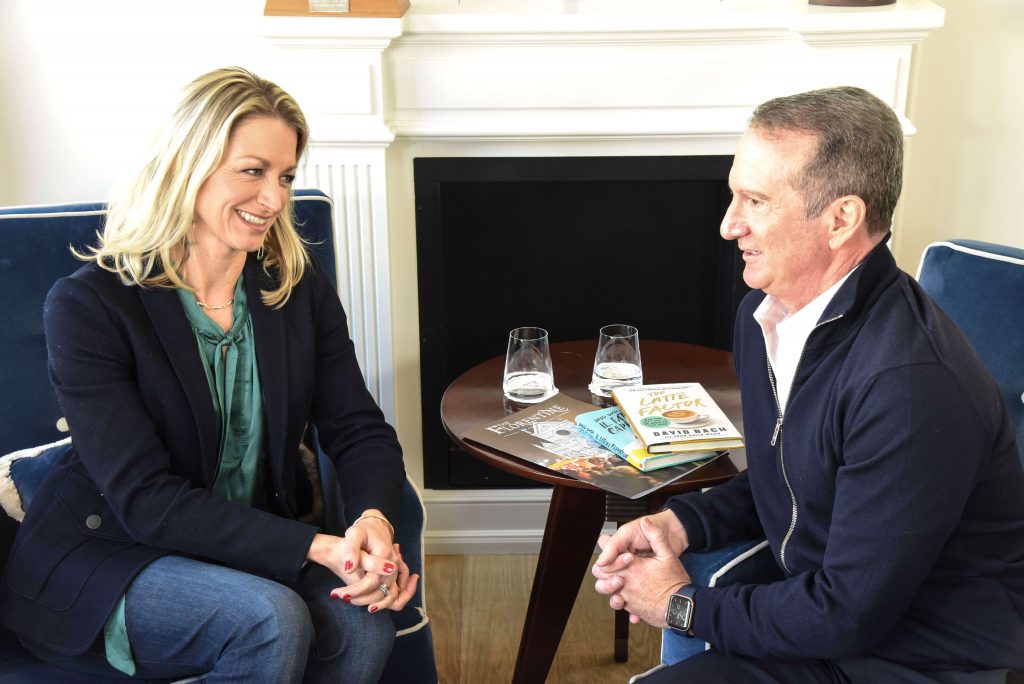 David: How many minutes does someone actually have on a Zoom interview to grab the person’s attention?

Elia: Max. five, but the magic number is about two to three. In general, you lose your audience within the first five minutes.

David: Real world here, my son Jack is a senior and he’s applying for college. You coached him for a Zoom interview in just two sessions. How is it that you’re able to take somebody and coach them so effectively to be so quickly influential in an interview?

Elia: It’s about self-awareness. You have to show people what they’re doing. For example, I recorded that Zoom interview, so that Jack could watch it later, and see his body language, when he was closing himself off, when he looked less confident and why, etc. The only way to make changes and improve is by being aware of what you’re doing. So then you can inhibit your bad habits, and move your body and voice in the right direction. For interviews, two sessions is enough. I don’t really think you need more than that. You prep beforehand. You should never ever do an interview without prepping. You can prepare for 90% of the content in an interview because the questions are almost always the same. You can even predict the tough questions; I call them the “sniper questions” because there’s always somebody in an interview that will try to stump you..

David: What’s an example of a sniper question?

Elia: Why should I choose you over everyone else? That’s a really tough question, unless you’ve thought about what makes you unique, which is the answer.

David: Who typically hires you?

Elia: Large companies, such as Menarini, Aqurance and bioMérieux, as well as institutions like the European University Institute in Fiesole. When I first started my business, I won a tender as their public speaking coach. I have a few clients in America as well, such as  Thomas Cuisine and Lions + Tigers, so big corporations that need to hone the communication skills of their executives, managers and employees. 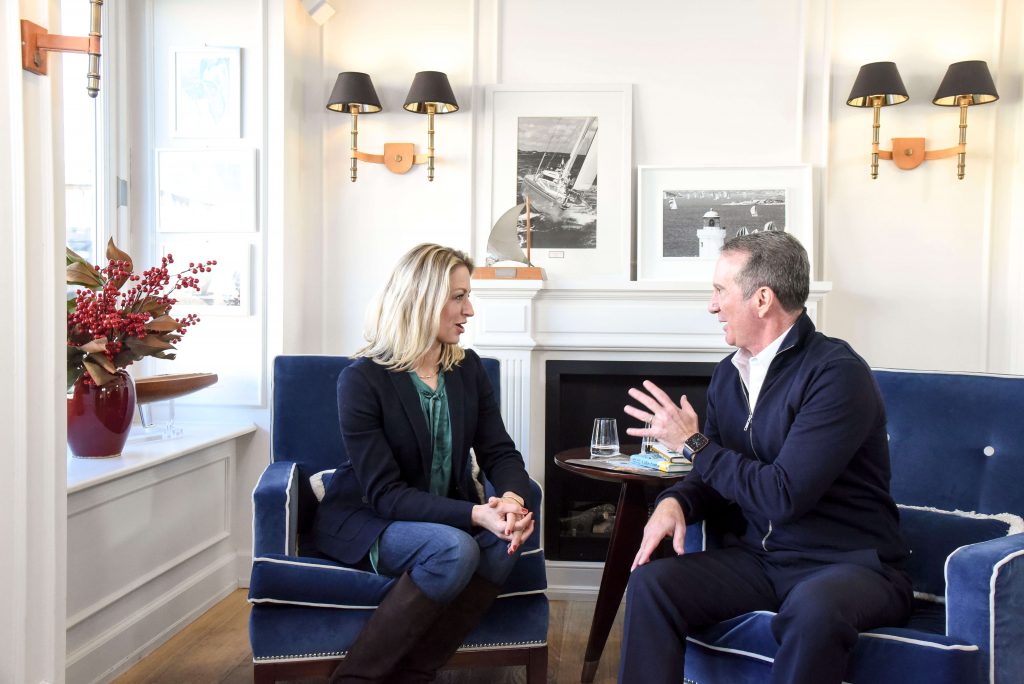 David: What percentage of your business is being done online versus face-to-face?

Elia: 95% is currently online. Tomorrow I have in-person training. I was supposed to do another one in-person next week, but they moved it online. Which is fine, I’ve pivoted and it’s doable. But, of course, the effect is different.

David: I’m curious. Do you think that anyone is trainable when it comes to communication or are some people just hopeless?

Elia: Everybody’s trainable! The hardest clients are those with very low energy, the shy ones, because to be a good communicator you have to have a lot of energy.

David: But can’t you train someone to think that? Because it’s a learned skill.

Elia: What comes first, the chicken or the egg? Some people naturally have charisma and are good communicators. Some people aren’t, but I teach them the body language and voice behaviors of a charismatic person, and ask them to try them on. Every day, it becomes a part of their lives, and these at first “affected” charismatic behaviors slowly become natural.

David: What I think is so interesting is that the people who are highly successful in business and almost in anything tend to be the ones who have the natural ability to communicate. However, I also know so many people who have learned to communicate. It’s important for people to know that anyone can do this if you have a good coach. You’ve got 15 years of expertise and you’re able to instantly fine tune that and sit down somebody in an hour or two, and give them the gift of 15 years of knowledge.

Elia: One of the reasons why I love this job is because I see radical changes in the people I coach. I’ll give you an example. I had a really interesting client recently. He’s a researcher who studies genes and creates gene therapies, like cancer cures, specifically for your genes. A brilliant man. But from the moment he started speaking, I couldn’t understand a word he said. Why? Because he has a vocabulary that just flies over the rest of our heads. The first thing I taught him was audience analysis: you have to analyze who your audience is and you have to speak to them. If we can’t understand what you’re saying, then your message is lost. We worked on taking his vocabulary down to the level of his audience as well as on using stories and examples to better explain the complexity of his subject matter. Then we worked on making sure that his accent, because he has a Northern Irish accent, was understandable to Italians and all of the different cultures he would come across. He applied all of this and it made him so accessible and interesting to listen to. 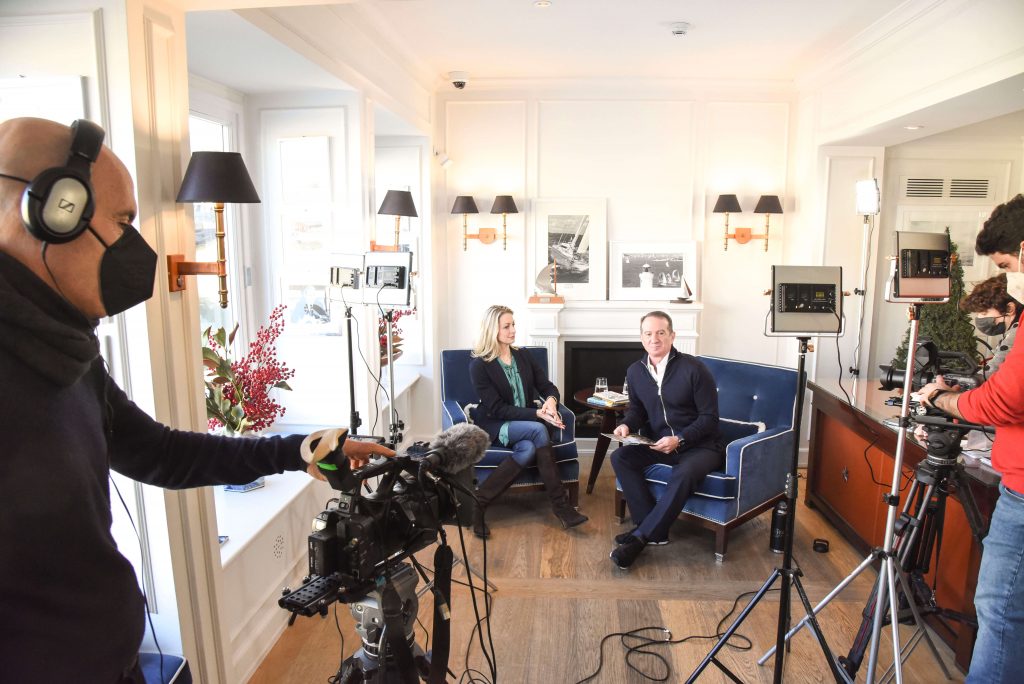 David: What if you’re a mom or dad? As a parent, you have to know how to communicate effectively with your children.

Elia: In body language, stillness is power. When you think about great leaders, they are especially powerful when they are still. If you do that with children, they will straighten up and listen to you. You also have to get down to their level and look into their eyes when you speak to them.

David: What about communication techniques with spouses?

Elia: I think you would agree that screaming doesn’t help.

David: It doesn’t work on my family!

Elia: It doesn’t work on my family either. So, authenticity, warmth, relaxation. You know what else is really cool? Congruence. That’s when you match the body posture of whoever is in front of you. It communicates similarity and liking between two people. You can even do it with your voice; you match the tone of voice of the person in front of you. If you want to get your spouse to really listen to you and feel connected to you, then you need to be congruent with them.

David: One of the first things they teach you in NLP is how to body mirror the person you’re with…

Elia: Right, though you don’t want to do it in a negative way. If someone is screaming, then you shouldn’t scream. But if they speak slower than you do, speak slowly. If their tone is calmer or warmer, speak with a calmer or warmer tone. Copy their posture and tone of voice, and they will feel that you are in sync with them in that moment.

David: What makes a good toast?

David: Should the toast be prepared in advance?

Elia: The easiest way to come up with a great toast is a story. Find a story that is going to connect us all because stories are universal. We see ourselves in them. 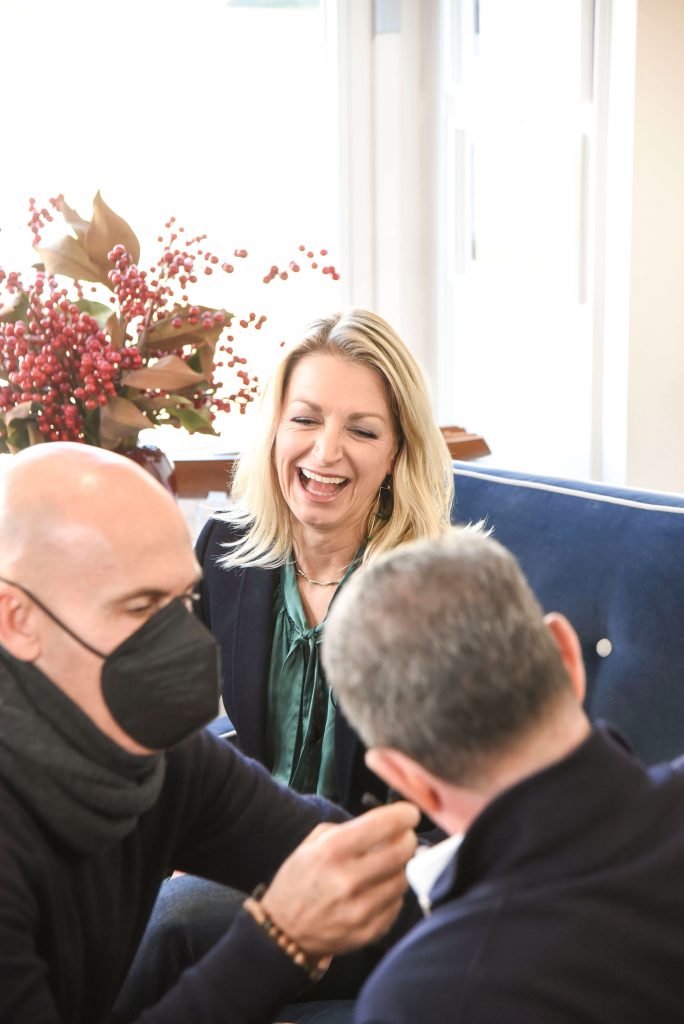 This article original Appeared on The Florentine:
https://www.theflorentine.net/2022/01/14/bach-talks-david-bach-elia-nichols/