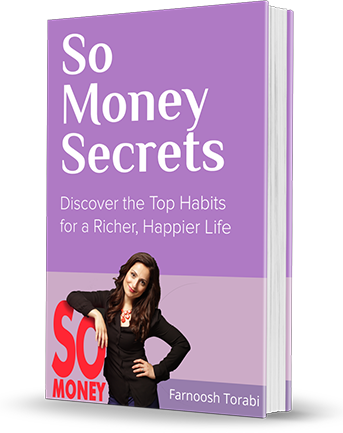 Here to set us straight in 2017 is one of my original So Money guests, David Bach. You know him well. David was featured during the podcast’s inaugural week back in January of 2015 along with Tony Robbins and Robert Kiyosaki (click here to check it out if you missed it). Since then he has traveled around the country, met with his readers and fans and from that has released a revival of the book that really set off his fame and changed the way we think about becoming rich. He debuted the book on the Oprah Winfrey Show in 2004 and now The Automatic Millionaire has been expanded and updated to reflect the fast-paced and, in some ways, challenging financial world we live in today.

So how have things changed, exactly? We talk about the evolution of tech and how that’s impacting our wallets, how to manage our money during a Trump presidency and the 3 words, David says, that will determine IF you will be rich.

One of my favorite quotes from the interview: “Optimists are the ones that get wealthy in this country, not pessimists. It pays to be optimistic.” – Click To Tweet