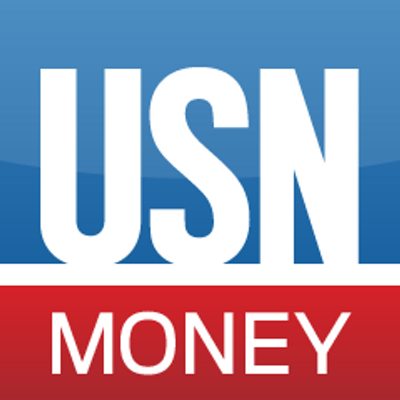 Nearly half of Americans admit it would be tough to find extra money in an emergency.

A May report by the Federal Reserve showed in a 2015 survey of households that 46 percent of respondents said they would struggle to meet emergency expenses of $400. That means small hiccups in life, such as a car repair or a hot-water heater breakdown, would leave many people unable to scrape up funds for those expenses.

Creating an emergency fund can be the answer to meeting those needs, but how to do it and how much a person needs vary. Starting one can be daunting because of other obligations, says Melody Juge, founder and managing director of Life Income Management in North Carolina.

“Emergency funds are usually the most difficult things to address because people have to save for their retirement plans, and then they have their checking account and regular savings account,” she says.

However, an emergency fund is the most important account to have, says Nancy Doyle, author of “Manage Your Financial Life,” and the fund should be a person’s highest priority after paying off credit card debt.

That’s because having a cash stash can ward off panicky feelings when an unexpected bill comes due, says David Bach, author of “The Automatic Millionaire.”

“My grandmother always said the secret to having financial security is to make sure you have the golden goose with the golden egg sitting there, waiting for the emergency,” Bach says.

How to start. Bach says when starting from zero, set a goal. He suggests setting a goal of having $1,000 in emergency savings, which he admits looks impossible. However, he says, even setting aside $5 a day quickly adds up.

For those people who say they don’t have $5 a day to set aside, Bach says that’s when it’s time to look at the small expenditures in their lives, whether it’s a daily coffee habit, buying bottled water or other little things. His point is that it’s important to start small, especially if someone is starting from zero.

“If you haven’t run a marathon, you won’t run a mile. But you can run a block. Getting to where you can save $5 a day. Within a few months, that strengthens their saving muscle and gets them to realize they can do it,” he says.

Juge concurs. “An emergency fund can’t be created overnight, but it is over time. It’s separate from retirement, from savings for the new TV or the stereo. Emergency funds are created with little bits of money to be put away on the side,” she says.

Liz Deziel, Twin Cities head of banking at the Private Client Reserve at US Bank in Minneapolis-St. Paul, says it can be very daunting to start, which is why saving a little is important.

“A lot of it is psychological. I think sometimes people think their finances are out of control and they start to give up,” she says. “You have to find some small victories to feel like you’re winning again.”

The best way to do this is to automate savings and move that money to a separate account before it gets deposited in the checking account, they say.

Many human resource departments allow for funds to be deposited into more than one account, but if that’s not possible, people can ask their bank to create an automatic withdrawal to another account, Doyle says.

Bach says there are other online savings tools like Acorns, an app that automatically rounds up purchases to the next nearest dollar and invests that spare change. He also likes Stash, another app that lets people with as little as $5 get started with investing.

How much to save. The old advice for emergency savings used to be to have three months of expenses, but the savings experts say that figure is probably too low, considering the difficulty many people had finding jobs after the 2008 financial crisis. Aim for six months of living expenses as a base, they say.

That figure might need to be adjusted higher depending on the person’s income. People in unique industries, freelancers, salespeople paid on commission or people with high-paying jobs that might be tough to replace should have more saved.

Additionally, Juge says, emergency accounts are mandatory for retirees, and preferably should be created pre-retirement. Given that most retirees are on a fixed income, it’s even harder to build the funds once the paychecks stop.

For these situations, having a year’s worth of expenses saved should be the goal.

When figuring expenses, Deziel says at a minimum people should review the basic essentials of their budget: mortgage or rent, car payments, utilities and other necessities.

“Try to visualize, if I lose my job, what can I slash and burn out of my budget,” she says.

Bach says the easiest way to figure out expenses is to look at where the money went during the month. It’s easy to forget about other costs such as health care premiums and other insurance needs when thinking about what people need to live on.Where to put it. It may be tempting to put the financial stash in the markets to try and earn a little extra return on the funds, but don’t do that, the savings experts say. Because this money is needed in a short-term basis, it shouldn’t be at risk of fluctuations in value.

Also, this money should be in an account separate from other accounts. Don’t keep it in a checking account because it’s impossible to monitor, Doyle says.

“This is not what you live on to pay the bills,” she says.

Finally, when people do tap the account to pay for an emergency, it’s important to build it back up again to make sure money is available for the next time, they add.

This article original Appeared on US News:
http://money.usnews.com/investing/articles/2016-12-01/how-to-build-an-emergency-fund