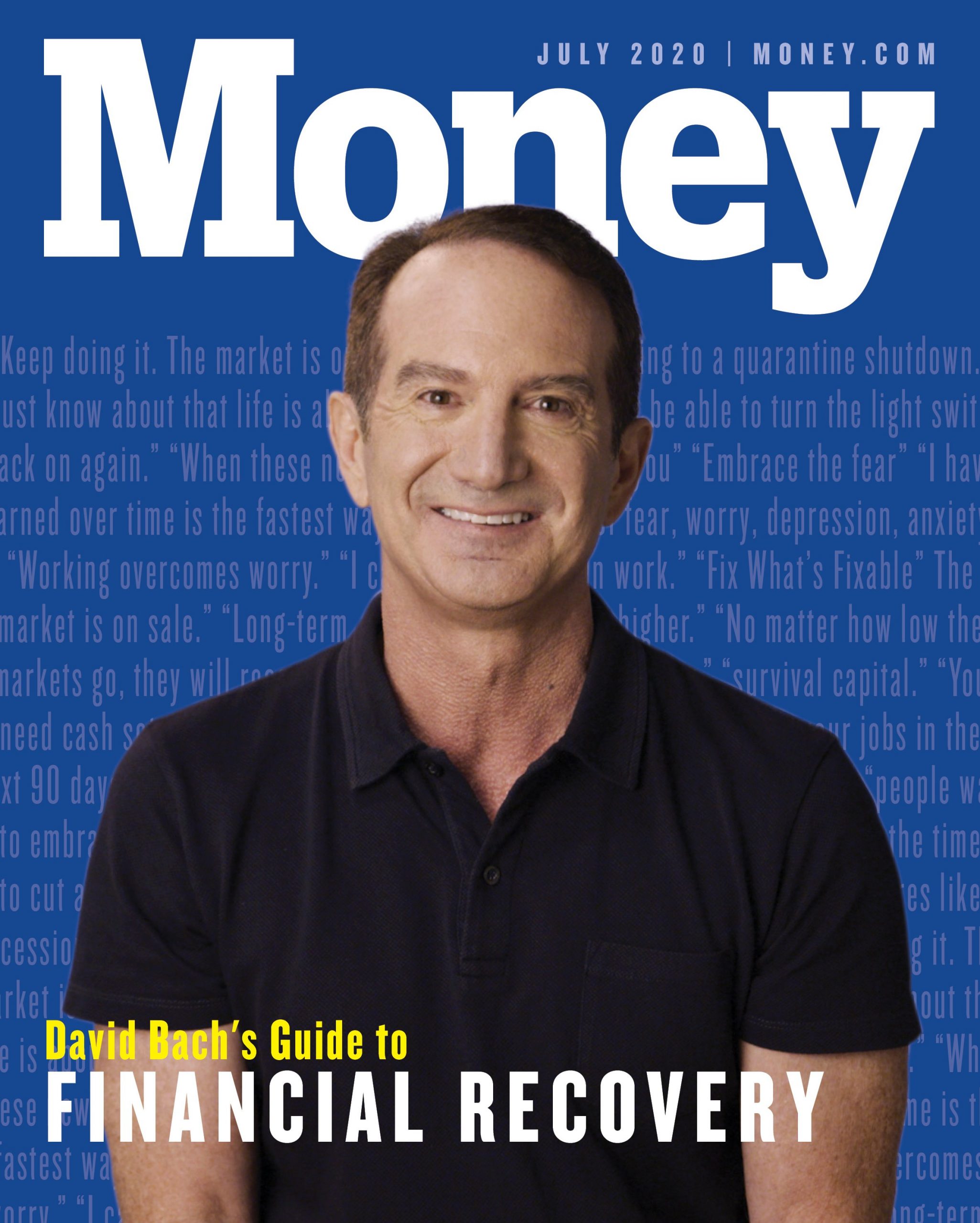 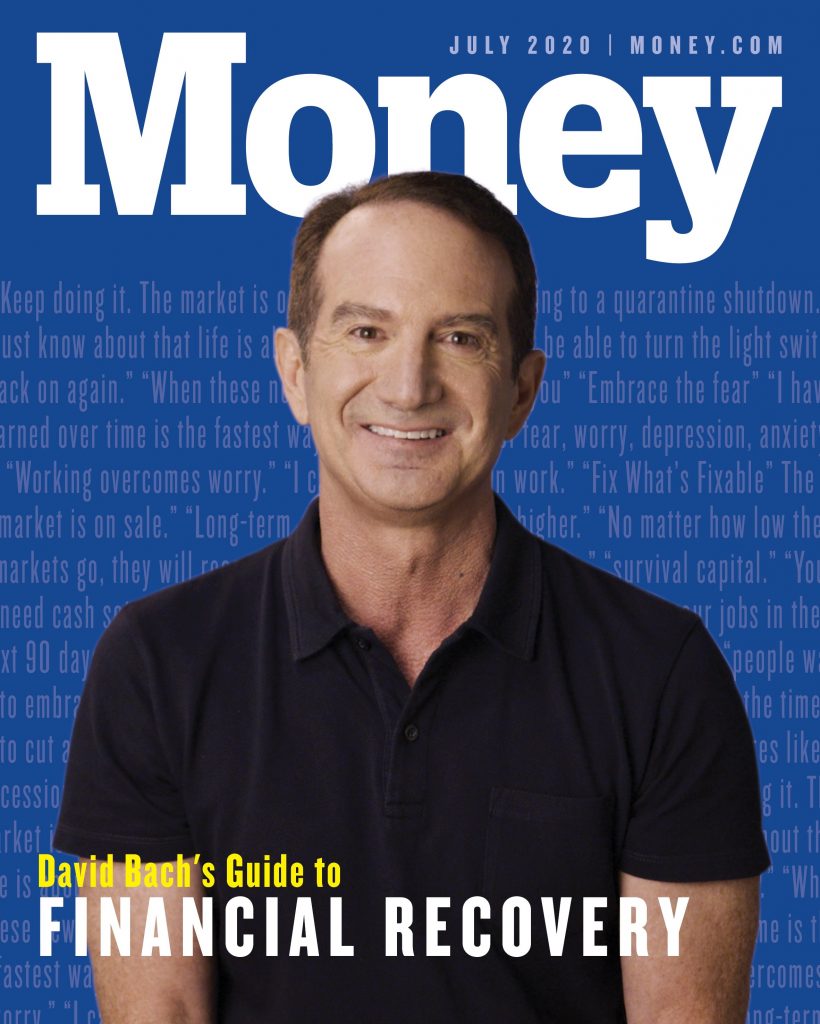 On March 14, David Bach taped a message from the future. The personal finance expert recorded a podcast from his Florence, Italy, home that day telling his mostly U.S.-based audience what their world would soon look like.

“You’re not supposed to leave your home,” Bach told listeners who hadn’t yet experienced quarantine against the new coronavirus. “Everything is closed. What’s happening in Italy is probably coming your way.”

Bach, author of the best-selling book, The Latte Factor: Why You Don’t Have to Be Rich to Live Rich, urged his listeners to get ready — not by hoarding toilet paper, but by stockpiling cash. The abrupt shutdown of all non-essential sectors of the economy meant a recession was inevitable. “Some of you will lose your jobs in the next 90 days,” he said. “You need to set aside money quickly for emergency expenses.”

Bach’s prediction proved correct, if understated. A record number of Americans would go on to file for unemployment benefits in the coming months — a staggering 40-plus million since March.

Money spoke with Bach at the beginning of the coronavirus outbreak and again in early June, as the nation was consumed with the ongoing pandemic and the Black Lives Matter protests. “It’s not going to be a light-switch recovery,” Bach says. “I’m super positive about things [long-term], but I think people need to be preparing themselves for volatility and rockiness.”

But there’s a silver lining to the downturn, Bach says: “Recessions create millionaires.” Here is his playbook for pandemic recovery. Responses have been lightly edited for clarity and space.

What should people be doing with their money right now?

People love two cars. It’s a great time to get rid of one of the cars. If you have storage facilities with stuff you haven’t looked at in a year, let the stuff go. Cancel gym memberships, social memberships, anything subscription-related — other than Netflix, because no one is going to let Netflix go.

If I was somebody who lost my job right now, I would not be assuming my job would be coming back in 60 to 90 days. And if you have a job today, you may not have it in 60 days or even 150 days. Even for someone who’s doing well, you want to cut your expenses, because most people still don’t have enough money set aside in case of emergency.

Those who have more cash are going to have an easier time getting through these difficult times and also be in a position to take advantage of them. 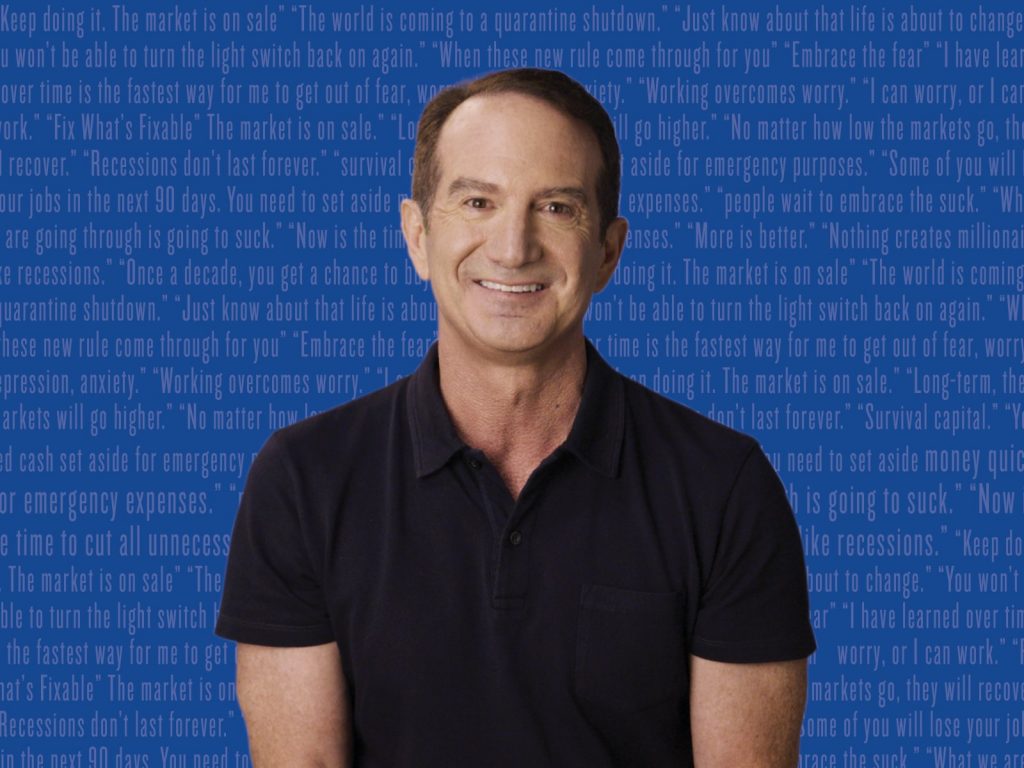 Let’s talk about real estate. How should people take advantage of conditions in the market right now?

Real estate prices have held, but there are opportunities. So part of that is looking for those pockets of opportunity. The thing about real estate is it’s location, location, location. I have a friend in Seattle who missed out on buying a home in March for $2.5 million. Turns out, whoever had that house secured backed out, because people are backing out of home purchases now all across the country. So those homes are coming back on the market. And in this case, in Seattle, she made an offer and got the house for $1.75 million. Sixty days later.

Now, that’s an extreme example. But the other day I got an email from a young woman who’s 27. She read [my book] The Automatic Millionaire, and she literally went from reading the book to buying a home and getting it in escrow in seven days in this market. Wow.

And you know, it’s just a phenomenal time to buy a home. This could be millennials’ opportunity to get into the housing market. Those who haven’t lost their jobs are saving — we aren’t spending that much right now.

Interest rates are at record lows. The time to pounce on lower prices is going to be between now and the next 18 months. Now is the time to get approved for financing and be out shopping for a home. If you’re in a market that’s super hot right now, that’s why you need to be pre-qualified on your loan.

Considering buying your first home during these times? Learn the 5 critical things every homebuyer must know before buying a house.

What role has real estate played in perpetuating the racial wealth gap in the U.S.?

There is a Black & white wealth gap in American that is staggering. It is literally 10 to one: Black families have about $17,000 in median net worth, versus $171,000 for white families.

When you look behind the curtain, one of the key reasons is African Americans in the 20th century were systemically discriminated against buying a home by lenders who would not lend to them to buy homes in white suburbs.

This has lead to massive financial injustice. It is a known fact that home ownership and home equity creates generational wealth. It is home equity that helps families survive recession downturns, send their kids to college and again pass on wealth to their children — which then helps the children buy their first home and continue to ride the escalator to financial freedom.

We want to encourage people who are renters to go through the First-Time Homebuyer Challenge. That’s a free program they can go through over five days. It takes you by the hand and shows you how to build your emergency account, how to pull your credit report, how to get your credit score, review your credit score and get it up and protect it. Then, how to go about qualifying for a mortgage and figure out what you can afford to buy. And then day five is how to work with a realtor.

Aside from buying a home, how can people make the most of low interest rates?

Nearly 13 million people can refinance their homes now and on average save over $270 a month. For many people reading this, refinancing their home this summer could save them over $100,000 in interest payments. If that savings were applied to their principal, they could pay their home off five to 10 years early and retire five to 10 years sooner. Now, you’ve got to get in the queue, because the banks are being inundated. And some of the banks are requiring a high credit score of 680 or above. Some are requiring 700 and above.

If you can’t pay your bills, you need to make contact [with your creditors] early and often. You need to be calling the companies and you need to tell them what’s going on. You want to be proactive. One thing that’s different this time around is that the banks and the credit card companies are more prepared for this than ever before.

What are some other financial opportunities that people can take advantage of right now?

Learning how to look for opportunities is a mindset. It’s a skill that can be taught, like my grandmother taught me. She was a child of the Great Depression. Her name was Rose Bach, and she sold wigs at Gimbels Department store in Milwaukee.

She never got a college education and she lived paycheck-to-paycheck. But she taught herself how to invest over a lifetime and she became a self-made millionaire. She’s the one who taught me how to invest. She helped me buy my first stock at age 7. McDonald’s.

I tell you this story because, during quarantine, I’ve been teaching my kids how to invest. Right now, there are companies that are going to do really well. So instead of focusing on what’s not working, you need to figure out what is working.

I asked them, what do you think are companies right now that are doing well? This is back in March, and my son goes, “Well geez, I don’t know who makes Kleenex. People are getting sick and they’re going to need Kleenex.” Nice. So I said, “Let’s look that up. How would you figure out who makes Kleenex? Google it.” Kleenex wasn’t publicly traded, but it’s owned by Kimberly Clark, and Kimberly Clark is publicly traded.

That’s great you’re teaching your kids about investing. Do you think people should be buying individual stocks like the ones you’re talking about with them?

No. As Warren Buffett says, they should use an index fund. Most people don’t do a great job investing in individual stocks. I just want my kids to learn how to think.

I have a lot of people asking, “What should I do now? I’m retiring in two years.” Wouldn’t you do better by meeting a financial advisor and seriously looking at how much risk is in your portfolio? Because if you know the market will go back up, now’s a good time to de-risk your portfolio if you’re retiring in a year or two.

If you’ll be working for another 10, 20 years, then having the market go down and stay down for a while would actually be better, because then you’re buying on the cheap.

I always teach, there are two escalators to building wealth: stocks and real estate. During recessions, the markets put everything on sale, which is why recessions make millionaires.

We’re in uncertain times. What would you tell those who are scared to buy property or scared to get into the stock market?

There’s never been a recession or depression we haven’t recovered from. So my message is, we will recover from this. The economy will recover, and the markets will recover. The average recession takes about 17 months to recover from, and our recession began in February. So it will be summer next year before we recover. Maybe this time it takes longer. But then again, maybe it doesn’t. The worst thing about watching too much financial news, or any news for that matter, is that it can scare you into making fast decisions that you shouldn’t make.

I strongly recommend that you write out what you’re afraid of, rather than talk about it. Ninety-nine percent of the things that we’re afraid of are never going to happen to us. But it’s good to write it out, to figure out, is it true? And then the second thing is, can you fix it? You want to fix what’s fixable.

The fastest way to get over worry is to work. In some ways, you can’t work when you’re home, if you lost your job. But work on refinancing your debt and applying for the [relief] programs that are out there. Wake up every day and ask, what I can control? And work on that versus watching television or paying attention to negative news and eating poorly.

As I said to my kids, a year from now, I think life will be pretty much back to normal. But it’ll be a year from now. It won’t be this summer. And so you know, we’re going to have to go through a weird time. All of us are going to learn to adjust.

I want to lead everyone to learn how to lean into difficult times like this, to build themselves back up to be better than they were before the start. This is a great time to upgrade your skill set, like being online, taking classes. Anything you want to learn can be learned on YouTube, right?